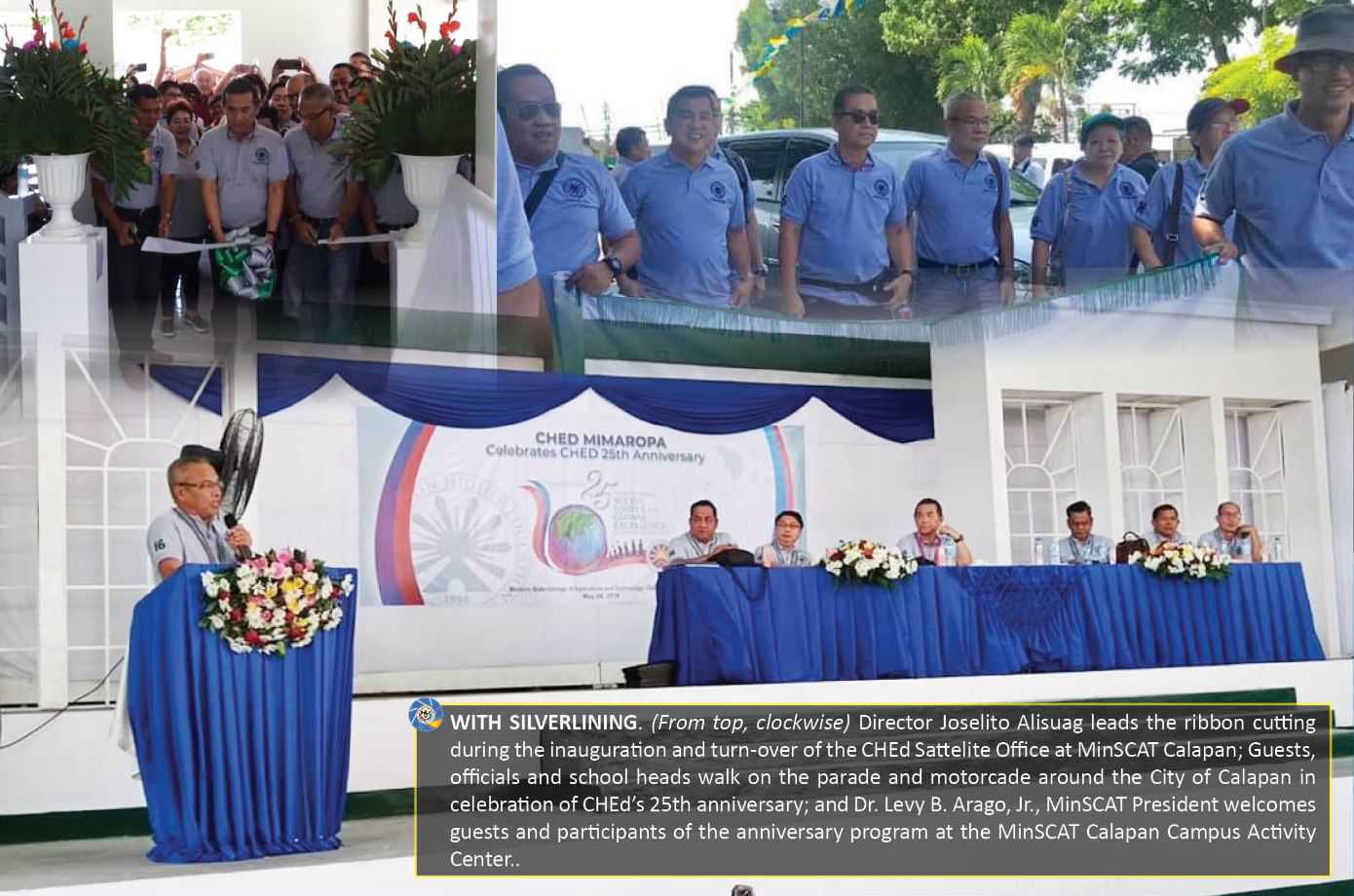 Themed “Celebrating 25 Years Towards Access, Equity and Global Excellence”, the Commission on Higher Education (CHED) MIMAROPA celebrated the CHED 25th founding anniversary at the MinSCAT City Campus which was hosted by the Mindoro State College of Agriculture and Technology (MinSCAT) last May 7.

The celebration started with a grand parade participated by different private and government higher education institutions (HEIs) in MIMAROPA region. Anniversary program followed at the Activity Center of MinSCAT which included awarding of CHED recognized institutions in MIMAROPA and certificates in recognition of active participation of all HEIs in the region.

MinSCAT President Dr. Levy B. Arago, Jr. delivered welcome remarks where he cited that the celebration was historic and very special circumstance celebrating the great milestone that the Commission has achieved since its creation in 1994 through the passage of RA 7722 also known as the “Higher Education Act of 1994”.

He further remarked that the creation of CHED formed part of a broad agenda of reforms on the country’s educational system, being highlighted by trifocalization of the education sector into three governing bodies: the CHED for tertiary and graduate education, the DepEd for basic education and the TESDA for technical-vocational and middle-level education. Unprecedented events within the last two decades challenged the state universities and colleges in the country, as well as in other Higher Education Institutions, to exert transnational and trans-institutional effort to respond to the global challenges.

Further, he noted that the united efforts of the SUCs will bring great transformations to the education system of the country to continue touch and change lives of the youth and of all the people in the community, which marks the 25th glorious year of the Commission. This 25th founding anniversary will not end as an ordinary occasion but will inspire everyone to work hard together for EXCELLENCE.

President Arago ended with a pledge of commitment to work hand- in -hand with the Commission on Higher Education in achieving ACCESS, EQUITY and GLOBAL EXCELLENCE.